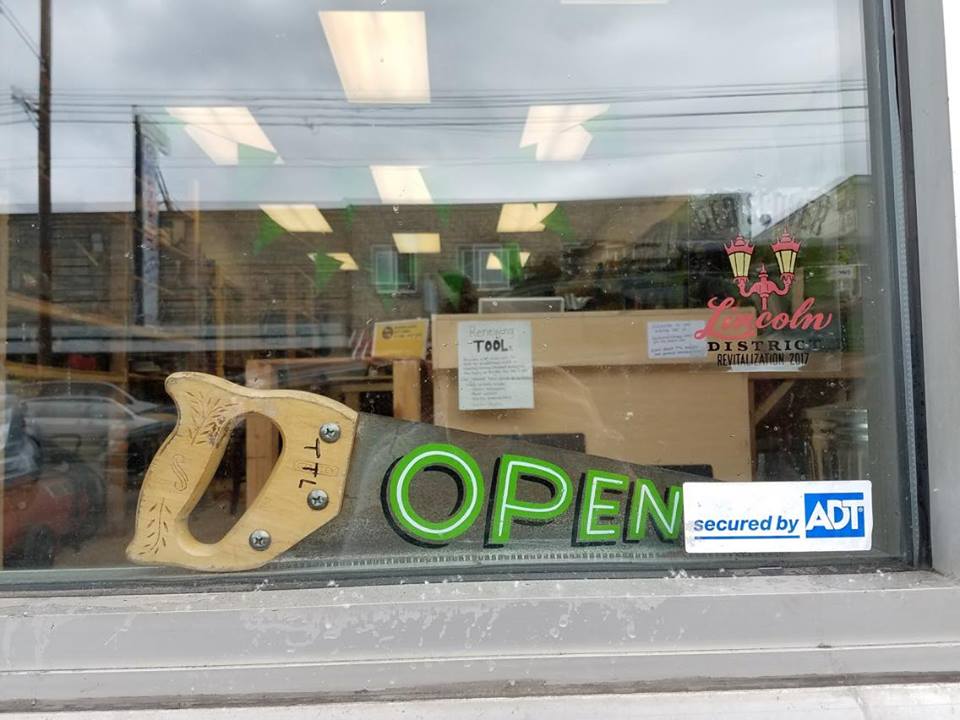 Guest Blog written by Kellen Burden
Kellen is a local author and self proclaimed “Tacoma Enthusiast.” More of his work can be found at www.goatfederation.com

Many Sundays ago, a bullying cluster of winds pummeled my corner of Tacoma to pieces. My back fence was a casualty of their raucous howling and shoving and I woke up after a noisy night to find it leaning like a drunkard into my lawn. Nothing catastrophic. One of the posts had snapped where it met the wet earth and the chunk of concrete was still in there like the root of a rotted tooth. Being a brand new homeowner, I went rifling through my phone for someone to pawn this problem off onto. Property manager. Landlord. But I manage the property now. I am the lord of the land.

After applying several coats of foul language and self pity to the fence without effect, I typed fence repair into my google machine and called the first number that popped up. The quote they offered was a couple bucks short of my mortgage, so I snapped that plan off at the dirt line and skipped over to a big box hardware store where I found myself wandering its sparkly aisles, looking at tools that I didn’t have space for in my shed, wondering what I’d even need and if I’d ever need them again. How many times would I dig a posthole? Where would I put that bulky thing when I was done with it? All the employees wanted to sell me things. None of the tools smelled like dirt.

I went home empty handed and drank a sad beer next to my drunken fence. It cast its incongruous shade on a part of my lawn for the better part of a week, like a sundial of defeat, ticking off the days it took me to find the Tacoma Tool Library. On the third day, I took to the interwebs again. On the third day, I found it.

The Tacoma Tool Library is a Not-For-Profit organization, run mostly by volunteers. Wedged into a space between the Lincoln Revitalization Project Headquarters and a jewelry shop in the heart of the Lincoln District, it is small and cluttered looking, but I find that, like the shovel or the hammer, it is best described by its uses and not its looks. I, for example, used it to get my groove back.

A volunteer met me at the counter, smelled the desperation hanging on me and met it with grace.
“What’s up?” she said.
“I’m trying to fix a fence.” The words sounded paltry and insurmountable all at once.
“Ooh fun!” she said. Fun. Not one of the short lettered words you normally find wafting around big projects that you’re doing yourself. Especially when you’re on a budget and you don’t know what you’re doing.  But her smile was an antacid and I found myself believing her. Fun… It might be fun.

We did some Youtube-ing and she led me through the place and we picked things up as we went. Broke it down into little tasks. Ate the elephant of a job one bite at a time and after I’d been entered into their system and my yearly donation had been paid ($40 at the time this piece is being compiled), I was done. I pushed my way back through the doors of that place and marched out onto 38th street with a posthole digger, a sledge hammer, a crowbar and most importantly, confidence.

The hours that followed were a bar fight in the dark. Loud and ill conceived. Scary and at least a little fun. I Swung that sledge like a viking in battle, mud whipping up off it, splattering on the driveway, drying in the coy sunlight. I grunted and groaned, swore and swung my hammer and I pulled the plug of concrete that held the broken post loose from my rocky soil with my own two hands and a crowbar. I dug a hole for the new post. I sunk it and poured fresh concrete. When that dried, I screwed it all back together.

I fixed my fence. 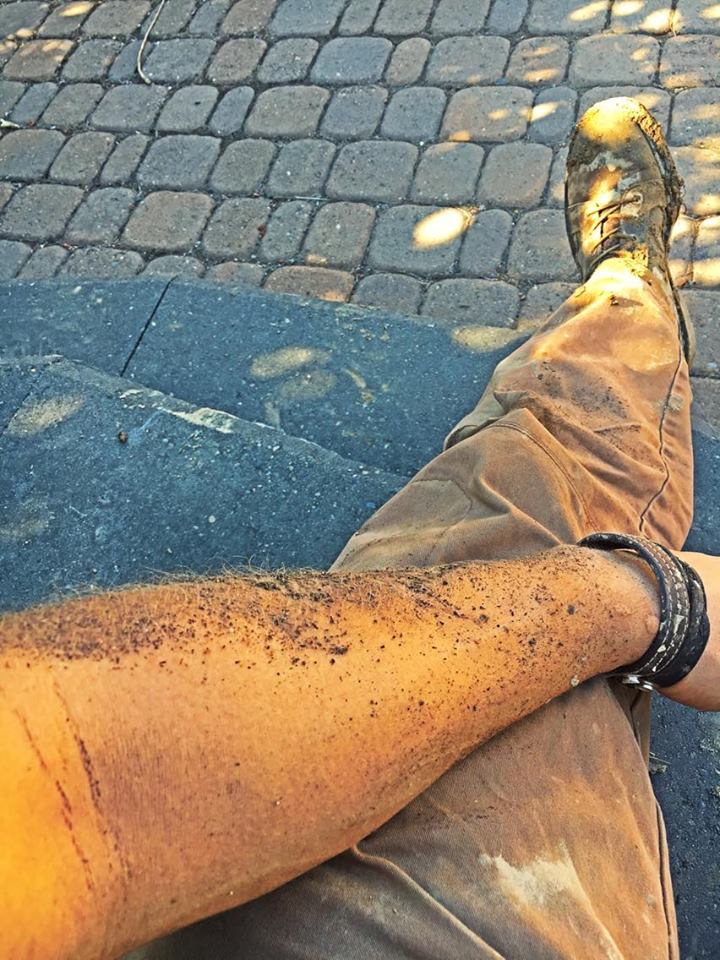 That was an important moment in my life as a homeowner. In the weeks that followed, I would snake drains, and build lamps from scratch. I would fix my car and slap together raised beds and all sorts of other tasks that might have left me digging in my wallet feeling daunted before the Tool Library was a resource in my life.

Talking to Rebecca Solverson, the co-founder of the TTL,  I’m not alone in my new found independence. “We love to hear about people’s success stories,” she told me over a steaming cup at Metro Coffee at UW Tacoma. She was fresh from her job at the City of Tacoma and had agreed to meet me so that I could interview her for this article. Up to this point, I had used my finely crafted interviewing skills to blather on endlessly about all the things that I had used their tools for and express my bottomless gratitude. Fortunately, this was not a new occurrence for Solverson.

“We had a woman come in a little while ago and check out one of our sewing machines so that she could hem her daughter’s wedding dress.” The daughter had come in the day after her wedding to tell them how much it had meant to her. Solverson told the story warmly, and the importance of it settled on me in a cascading way.

Here, a woman in the community had gone to a space run by people working for free, because they believed in the cause. She had checked out a perfectly good tool that had been donated by someone local and she had used that tool for something as momentous as hemming her daughter’s wedding dress. Local love in action.

It’s this spirit of community that makes the tool library such an interesting place to visit and be a part of. The people working behind the scenes live here. The tools came from here. A board hanging by the door is covered in slips of paper advertising community events and services. There’s a Gofundme flyer to fight a local man’s prostate cancer. A Lincoln District Revitalization poster. Another part of the board has suggestions for workshops that the Library plans to hold. A class on making raised beds, which, if you live in the Asarco Smelter Plume radius of North and West Tacoma, is an invaluable tool for growing your own vegetables above the contaminated soil. The Tacoma Historical Society will be teaching people how to maintain and repair wooden windows in local homes that have a historical designation and have restrictions on how they can be modified. These are problems that many Tacomans face, and that other Tacomans are stepping up to help solve. 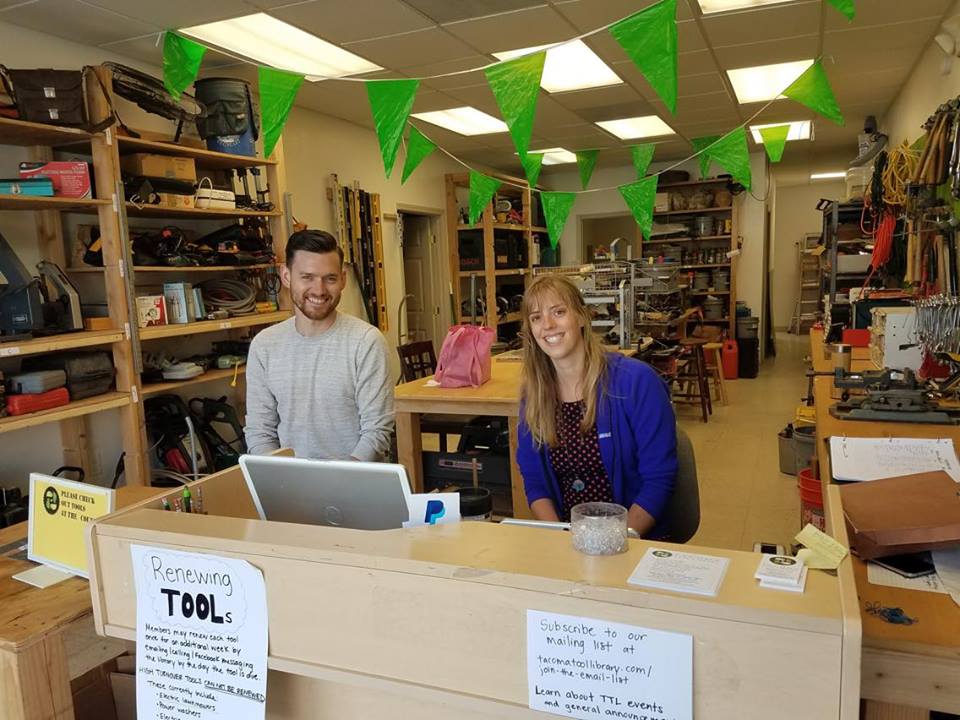 “We need volunteers,” Solverson told me. “Members too, but mostly volunteers.”
Right now, the tool library is open two days a week, Saturday for about 8 hours, and Wednesday for about 3. Ideally, they’d like to be available more days and times, but they just don’t have the workforce to support it right now.

To get a better idea of what a shift at the Tacoma Tool Library entails, I talked to one of the current volunteers about the job.
“It’s really easy,” he said. “You check tools in and out, listen to people’s stories, help them find things.” He was a fairly recent transplant from the midwest, seated at stool near the front in a flannel shirt. “I like it,” he said.

A father and daughter came in while we were talking and I left him to it, wondering if I had it in me to help people with their home improvement problems. I am not a handyman. My wife cringes every time I pick up anything with a blade, cord or bit, because there is always the distinct possibility that someone will have to surgically remove it from me later. Before the tool library, my most commonly used piece of equipment for vehicle repair was my debit card and on multiple occasions, I’ve referred to the ‘hood’ of my car as the ‘lid’. I quickly pushed the idea of poisoning this establishment’s well of knowledge with my ineptitude.

But then, behind me, I heard the man who had just come in ask, “Do you guys have any shovels? I have to fix my fence.”
Words fell out of me. “Actually, you might want to use a posthole digger.”

As he and I went to go find the one that had bailed me out of my sinking boat so many Sundays ago, I told him about the snags I hit while I was busting the concrete apart and how long it would take the new cement to harden. We laughed about how I’d accidentally screwed the fence to the post with the drill cord stuck in between them and he opted for a cordless drill. I watched him breathe a little easier, because together, we had broken his elephant of a task into bites.

It’s easy to feel like you live in a vacuum. To think that your problems are unique and untranslatable. But we have knowledge in us courtesy of every struggle, failure and hard won victory and if we share that knowledge with those around us, we can help make their struggles easier, their failures less profound and their victories go further.

The father and daughter checked out their items and pushed out those doors onto 38th street to fix a fence. They didn’t know exactly what they were doing, but they were going to jump into it with their boots on, because the tools and advice provided by their community had turned a daunting and uncertain project into something more manageable. Into something that might even be fun. 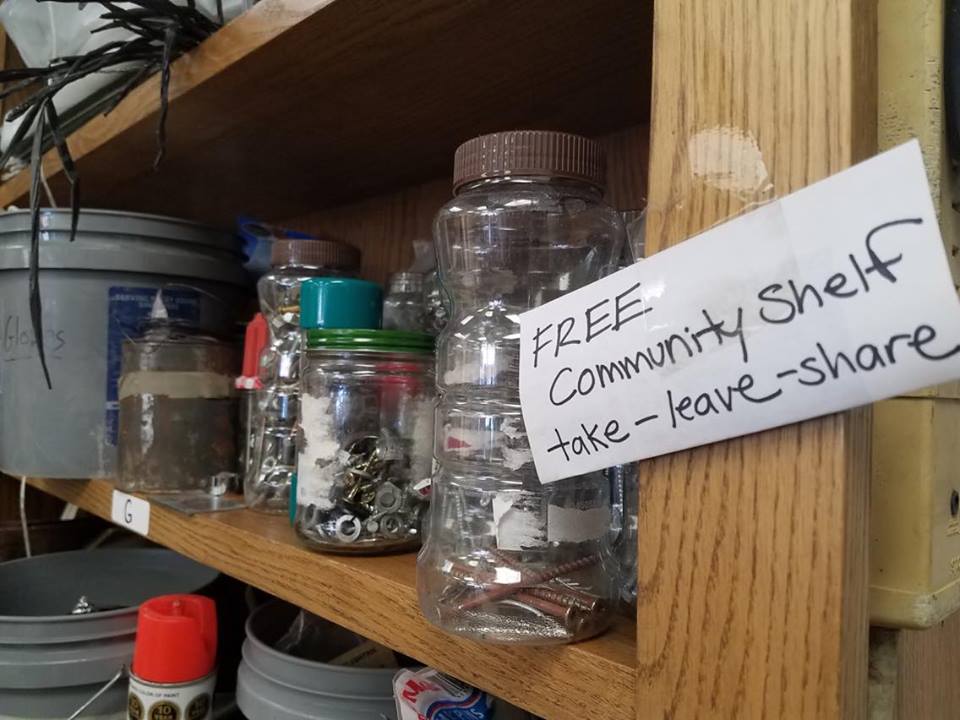 Visit the Tacoma Tool Library and inquire about membership and volunteer opportunities at: http://www.tacomatoollibrary.com