When a new neighbor comes to town, it’s an occasion to celebrate. That’s how Evergreen Personal Injury Counsel (EPIC) felt when they joined the downtown business district at the Bowes Building. A ceremonial ribbon cutting and grand opening took place in September, swinging the newly labeled doors into action and bringing the injury legal specialists face-to-face with their new neighbors and key community players. Among those in attendance were Mayor Marilyn Strickland and the Sonics Guy, who has a unique past linked with the building. It was a full-fledged production, hosted by EPIC, orchestrated by Tacoma’s M Agency and achieved by the combined efforts of local party experts and participating businesses. 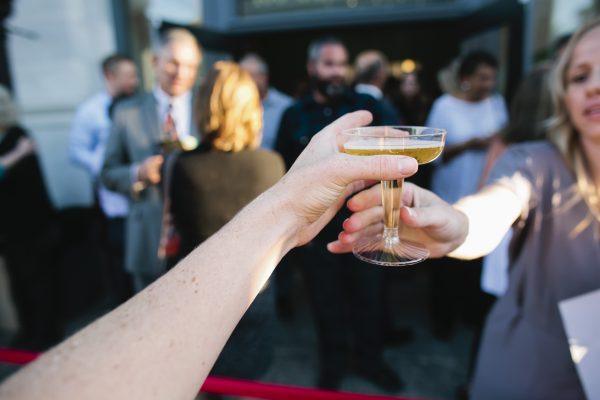 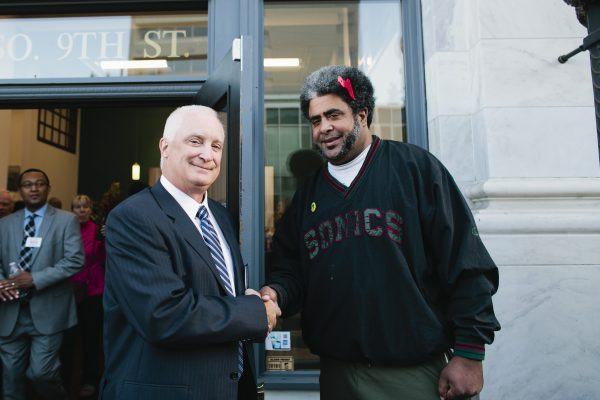 A fundamental element of a successful grand opening is to hire a professional, such as a party planner, and free the guests of honor to interact with those in attendance. The attorneys beamed that evening as they celebrated an exciting new beginning with their city. Given EPIC’s ongoing intention to support and represent local clients in a friendly, yet professional manner, they entrusted the details to a marketing team they knew and trusted, M Agency. The historic Bowes Building set the ideal location, so the brand builders went to work brainstorming to prepare and line up perfectly suited local vendors and specialists. 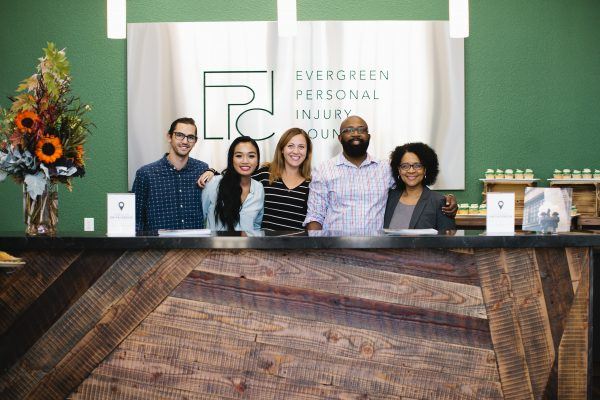 Setup and décor
M Agency web-designer and developer, Scott Kilts, is also a sketch artist by nature. From his hand-drawn Bowes Building and downtown cityscape, a case of custom coasters were printed for the event and ongoing office use thereafter. (They also doubled as party favors.) The marketing team had large reader boards ordered and displayed throughout the building that night. At these check points, guests could understand the “Who, What and Why” of this long-running counsel and even reference the historic tale of the Bowes Building.

Stage and decorate the venue with attention to detail, to reflect the character of the individual or business you are representing. Main offices remained open during the EPIC event to highlight the office environment and elicit the welcoming and amicable nature of the firm. Preparations and final touches for the party came together among the newly refinished interior design – a gallery of Northwest art. Succulent arrangements by Proctor’s Metropolitan Market provided an aesthetic liveliness even before the guests arrived. The heavy pots and quirky plants rooted in rich soil and stone complimented the evergreen theme of the Northwest-inspired space and would go on to live as table arrangements in the entry, offices and meeting rooms long after the grand opening. 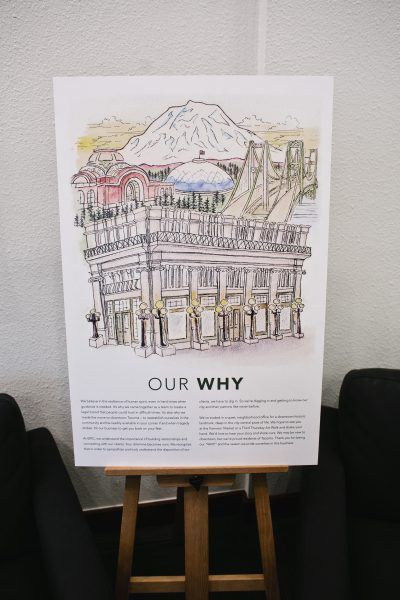 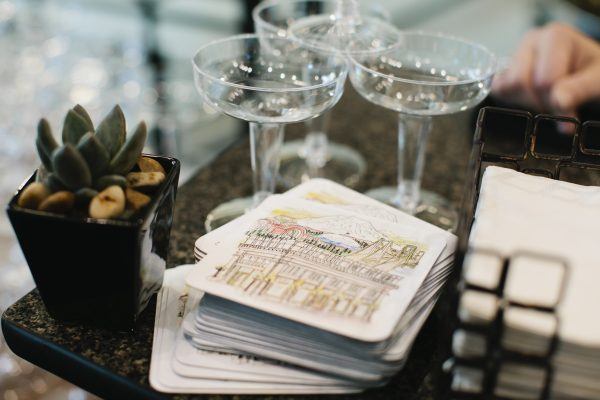 It was important to capture the moment, a task assigned to photographer Lisa Blackmore and drone specialist Connor Green. The two not only attended but engaged in the energy of the evening and made the special occasion eternal on film, with glimpses of the meaningful details and shots conveying the enthusiasm and warmth from those in attendance.

Entertainment and special guests
Of course, there is no party without a guest list. Many friendly faces visited the Bowes Building that evening to raise a glass and shake hands in light of positive growth for this local business and its real estate.  Mayor Marilyn Strickland accepted the invitation and joined a few social circles before declaring the official opening by slicing through a silky, red ribbon with oversized scissors. Among the crowd was Kristopher Brannon, better known as Washington’s home-grown hero, the Sonics Guy, outfitted in the team name and undying Northwest spirit. His affiliation with the space goes way back to his MC days at the Comedy Underground that once claimed the basement of the Bowes Building. 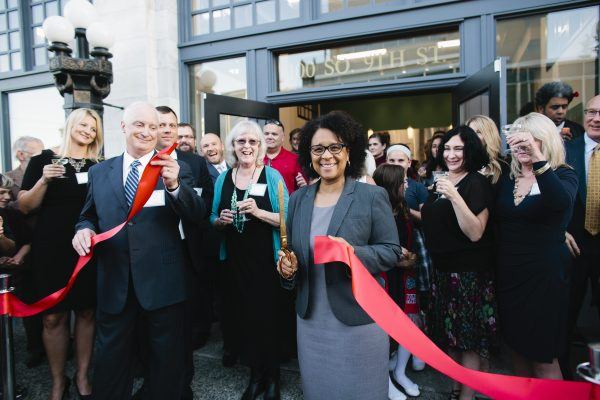 If you throw a party, they will come. But don’t forget to entertain! As guests mingled in and out of the building, upbeat jazz, funk and blues music resounded from the conference room of the first floor, queuing the perfect ambiance on that crisp, blue evening. Pacific Northwest performer Paul Sawtelle showcased his award-winning saxophone sounds alongside a fellow band member on the bongo drums. During Paul’s 30-year musical journey he’s shared his talent with the likes of Bill Clinton and performed alongside Heart and on national television. 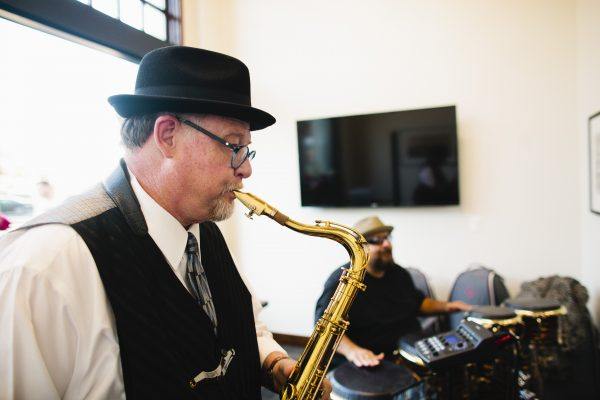 Food and drink
If it is a dinner-time event, catering is crucial, as is a decadent batch of cupcakes by Celebrity Cake Studio. The single serving portions paired deliciously with the evening’s champagne toast and even went home with guests as an additional “thank you”. The cakes, freshly baked by Odette D’Aniello and Mary Ann Quitugua, owners of the 12-year-old celebrity-famed Tacoma business, were frosted in the evergreen brand and lettering to commemorate the EPIC move. 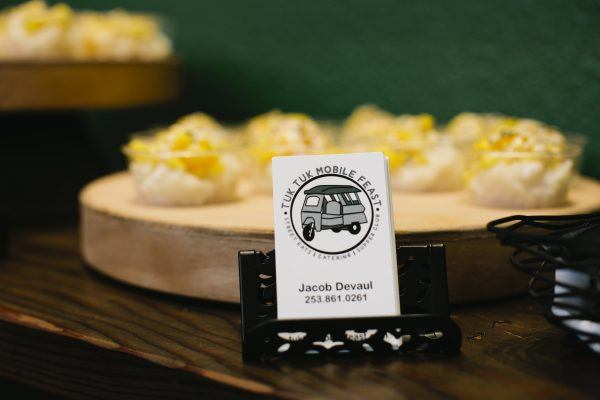 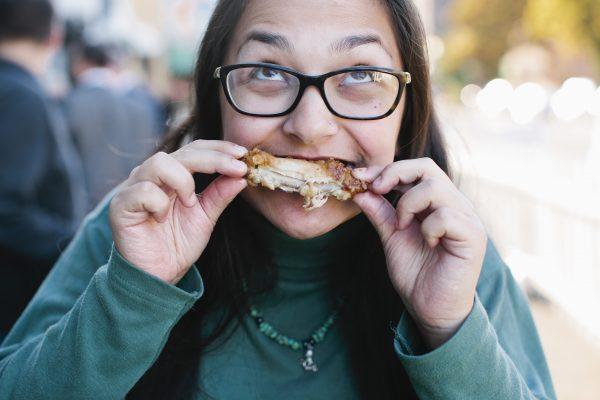 So, if you’re drumming up a celebration in the city of Tacoma, take some pointers from your trusty downtown injury attorney’s and Experience Tacoma. Vendors are not necessarily hard to find, but this batch of A-list recommendations is sure to reduce the planning stress and guarantee success. In the meantime, stop by EPIC’s new office and experience their story and when your own special occasion rolls around, don’t forget to send us an invite. 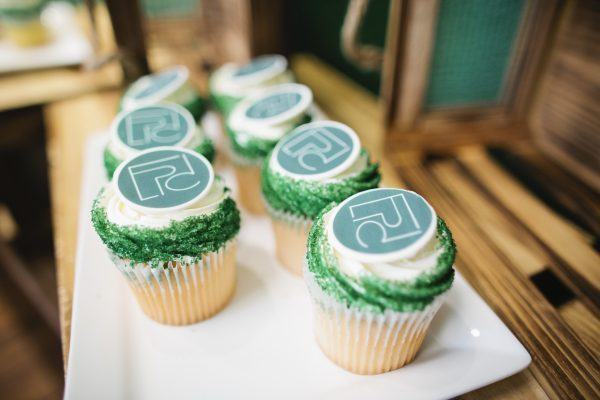