“I think every strong woman in history has had to walk down a similar path, and I think it’s the strength that causes the confusion and fear. Why is she strong? Where does she get it from? Where is she taking it? Where is she going to use it?” —Princess Diana

The road to complete equality for women is filled with potholes, ill placed signage, and occasional wild animals. Despite that, we’re going the distance. There are ways equality can be and has been held back.

Some say it’s inequitable power structures. Some say it’s angry feminists. Some say it’s misogynistic men. Many believe it’s all of the above. With a dash of unconscious gender bias and an unhealthy serving of fear on both sides.

Fear can be paralyzing. But in a movement where one group of people are oppressed, it can be used as a tool to keep that group oppressed.

After all, the most successful way to oppress a people is to get them to the point where they oppress themselves.

Moving away from a viscously oppressive cycle requires an awakening, first within ourselves. To all on this road not yet found on GPS, tell yourself why you are so strong. Know where it comes from. Show where you’re taking your strength and inspire others to find their own.

We’re so proud to introduce this roundup of Tacoma’s most inspiring women! These powerhouses are unapologetically pushing boundaries and uplifting other women on their way. 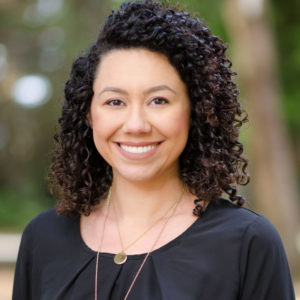 For Katie Bray, business owner of Financial Vision Bookkeeping, the day to day grind of the corporate world no longer mattered when she became a mom. Playing the numbers game did not appeal knowing her kids were at home growing up and she was missing it. Full-time work became unfulfilling.

When Bray moved from Los Angeles to Tacoma, she dusted her hands of the corporate world and used her twelve years of accounting experience to help other moms take their business to the next level in a deep and meaningful way.

Katie believes that every woman can relate to feeling powerless in a man’s world and is the reason finding support for each other is crucial.

She says, “I encourage women to look at what’s holding you back. Fear and imposter syndrome are real barriers that make us feel like we’re not good enough. Some barriers are real and some we make up. But just starting with naming our fears can be really powerful.”

She believes the typical workplace is not designed to be inclusive for women and fundamentally oppresses their potential to advance and create.

“The way women relate to work and life is completely different from men so when you put women into the construct of a man’s world it’s not going to serve them or their community. We don’t need to conform, follow the status quo or live by other’s rules…Shifting this perspective has been so helpful for me and my clients.”

While she enjoys running her own business, she’s adamant for herself and her coaching clients that busy-ness is not the priority.

“We need to take time to embrace who we are and how we experience the world. We need to believe that our unique, individual gifts are both valuable and needed and that we don’t need to be visible to everyone all the time.” 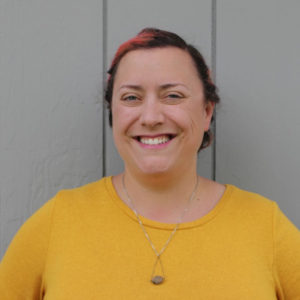 In collaboration with Fab-5, Bonner is one of five artists creating murals in Hilltop’s abandoned Rite Aid building.

If you’re an active business owner, community member or just a Tacoman, you probably have met or worked with Allison Bishins at some point.

Bishins has been helping build the entrepreneurial community in Tacoma for the last decade. In her early years as a young and ambitious entrepreneur she recognized the importance of creating a business in and around her community. The problem was traditional networking events weren’t working for her. So she created a space that would and started a women-only business workshop.

She says, “I don’t think I ran the first women’s business workshop in Tacoma but it was clear from the turnout at first workshop that I ran, that women were craving women-focused business events.”

The success of this workshop was palpable and immediate and she’s since held dozens more with a focus on vulnerability and a community-centered approach to growing a business.

She says, “Making your business profitable is great and necessary but if you aren’t reaching back all you are doing is letting people have the same struggles you once had.”

Allison believes every business should think about the impact it wants to have on its community. She has been working to incrementally change the conversation about local economy and collaboration over competition in Tacoma through her consulting business, sustainability conferences and community based workshops.

But, supporting women owned businesses comes first for Allison. In witnessing firsthand the innate struggles women have in leadership roles and as business owners she recognized women aren’t nurtured in the same way as men to own or run businesses.

“We are not taught to dream big or expect great things from ourselves. When I first thought to myself that my overarching goal was to change my local economy I immediately thought, ‘Who are you to say that you could actually do something like that?’ So it makes sense why women face imposter syndrome because we’ve been told to doubt. By being passed over for promotions, by not getting jobs you were qualified for, by getting paid less than your male coworkers…you’ve been told you have less value so of course that’s going to affect the way you run your business.”

Mariana and Sasha are leaders of a climate justice movement called Sunrise Tacoma. Sunrise is a national youth-led movement to stop climate change and build a Green New Deal. 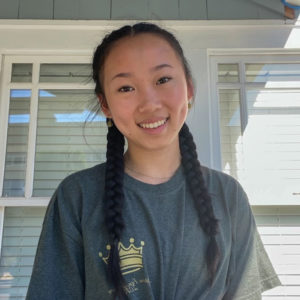 In 2020, the Pacific Northwest faced some of the harshest wildfires with record breaking damage and severe environmental consequences. Only 14 years old at the time, Sasha became motivated to join Sunrise in the fight for climate change. She believes everyone has a role to play and Sunrise’s community of young activists have been a guiding force for the building blocks of a more sustainable and equitable future in Tacoma.

“What makes Sunrise different, to me, is that we approach climate change from a holistic lens. Environmental justice has to look at systemic racism, housing, and climate to see how they intersect. We can’t solve one without solving the other because climate change is tied up with many other issues that need to be addressed in tandem.”

Sasha specifies that in order to see real change we have to look at issues from the roots up and not just solve the symptoms. 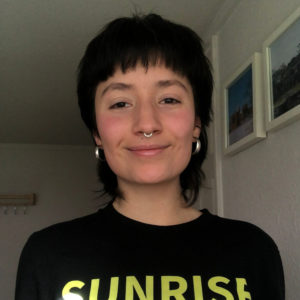 A Mexican immigrant from Mexico City, Mariana moved to Tacoma to attend the University of Puget Sound. Growing up in a densely populated and heavily polluted area had unknowingly normalized major environmental issues.

“From a young age, Mexico City’s air pollution was the biggest environmental issue I can remember. It was normal for school to be canceled because of high smog levels or staying inside during recess because it was too dangerous to play outside.”

Initially, she thought changes could only be made on an individual level. But studies at UPS taught her to shift individualistic thinking to a broader systemic approach.

“Learning about systemic barriers like oppression and environmental racism in school taught me that it’s a privilege to say you can change your way of life by going vegan or riding a bike to work. I started to realize why Mexico city’s pollution was the norm and all the societal barriers that contributed to that…my own awareness encouraged me to find dialogues and communities where change was organized by addressing racist housing policy, the relationship between Native tribes and the city government, commuter and working class issues, and basic human rights.”

Sasha and Mariana agree that this approach to fighting climate justice is progressive and still relatively new. They plan to continue advocating for more green spaces in hilltop, a green transit, clean air, clean water, equal rights across all racial lines, better jobs, and equal access to more nutritious food. It’s a tall task, but since Tacoma is already progressive they believe it should be at the forefront of progressive justice policy and a model for neighboring cities.

As Sunrise Tacoma’s political lead, Mariana says, “We’re still trying to figure out how to pass a Green New Deal for Tacoma…for now we’re in the planning stages, doing listening sessions, and meeting with community members.”

Sasha, Sunrise’s Club Delegate, says, “The climate justice movement is for everyone and everyone has a role to play in pressuring policy makers to ensure we all have a livable future. We want to urge people to look into what they can do, educate themselves and find a community (like Sunrise) to do this work. Movement doesn’t happen from elected officials leading them, it’s from the people on the ground.” 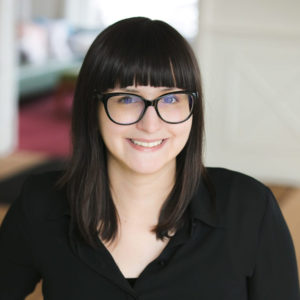 Although Stasha Moreno went to college for creative writing, she always knew she would return home to support her family. As the COO of Surge, Tacoma’s first coworking space, Moreno has been instrumental in the growth of the family business. She has heavily contributed to Surge’s success including helping open and manage three of it’s sister locations throughout Tacoma.

Moreno attributes some of her gritty-nature to Tacoma, but most of it to the entrepreneurial spirit of her father, Eli Moreno.

“My father immigrated here from Mexico with $50 in his pocket…now he and my mom are successful real estate and business owners. He’s a huge source of inspiration for me.”

At the core of Surge is the ability to connect business owners to like minded entrepreneurs and their community. The business community is special and it’s something Moreno’s family wished they had when they were first starting their own business. They saw a great need and created Surge for entrepreneurs at every level to have a space they could call home for their business.

For Stasha, becoming COO at such a young age (23) was met with heavy skepticism. She says,

“To be blunt, I faced a lot of sexism from people who weren’t ready to see me in this role and belittled me because of my age…but I knew it was their own insecurities and not my own that was showing up. Overall, we have a great community who are extremely supportive.”

Stasha loves seeing business owners evolve from a small desk to their own private office to eventually leaving to open a shop or space of their own.

“That’s kind of the goal. We hate to see people leave of course, but it’s also so exciting because they’re leaving to fulfill their dreams.. to have something they own..and in some way we got to be a part of that journey.”

That wraps up our Inspiring Women of Tacoma series! Alas, it’s been the utmost pleasure and honor to share the stories of women trailblazers paving the way, challenging stigmas, and uplifting other women. Thank you and cheers to an equitable future for all!