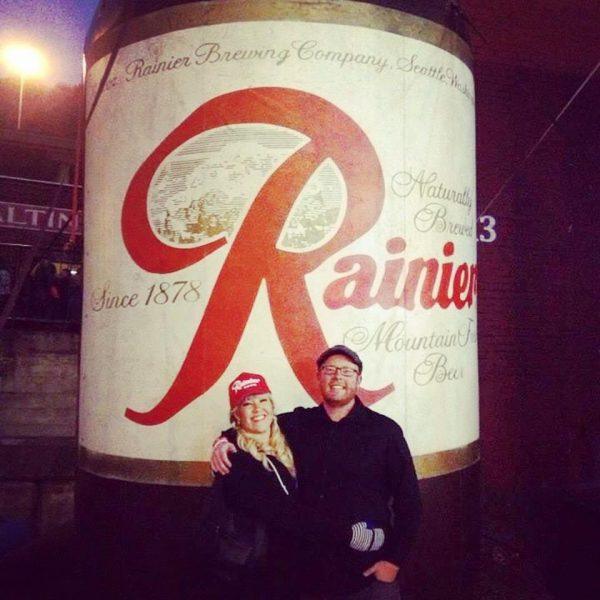 Story by Kayla Schroader
Photos courtesy of Kurt Stream
Sit down after a long day, and pull back on the top of an ice cold Rainier Beer. As you tip the rolling red R and iconic mountain landscape, you’ll feel a surge of Northwest loyalty. It’s an easy-to-drink, easy-to-love, affordable beer with a name that rolls off the tongue. It’s also an award-winning-beer, according to the gold standard of the 2015 Great American Beer Festival.

Sit down for that Rainier beer at one of Kurt Stream’s favorite Tacoma hang outs, and you might get the pleasure of meeting this local Rainier Beer guy. You could say he earns the title because he works as a field marketer for the company, or because in 2012 he published “Brewing in Seattle” attributing the 138-year-old heritage of the Northwest name. You could say it’s because in many ways he’s sharing a piece of our beer culture directly with Tacoma. “I’m originally from beer city (Milwaukee), but I never felt that connection that I immediately felt with Rainier,” Kurt says. “The history and the connection between the Pacific Northwest and that brand immediately resonated with me.” 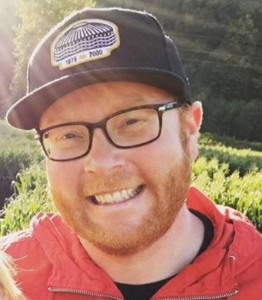 He cherishes a moment prior to his hire at the company when one of the employees gave him his first Rainier t-shirt. It was a simple gesture that, according to Kurt, made his day. He still carries it with him on special occasions.

Kurt is a Tacoma guy. He’s been working for Rainier out of their Seattle location while happily living in Tacoma where he and Gretchen are raising their daughter, Eleanor. In this setting, the couple finds a community where it is more common to congratulate than compete. That ethic, added to the living cost and culture of Tacoma, keeps them rooted here. Gretchen recalls a time when, between the book deals and Seattle commutes, Kurt voiced a dream of Pabst bringing Rainier back to Washington. Kurt may not have ordained the change (he credits owner Eugene Kashper), but he is a hard-working representative invested in the good things that are happening in the company. He certainly symbolizes a driving force around the Rainier name and the magnetism that ultimately compelled the brand to return home. “I saw an energy and excitement that made me excited, too,” Gretchen says of the move. “I am beyond proud. [Kurt] truly loves his job and his company. How many of us get to say that?”

As of 2016, Rainier beer is once again brewing in Washington, out of the Redhook Brewery in Woodinville, but with a new twist on the old lager. Rainier Pale Mountain Ale is inspired by original recipes and flavored with two-row barley and Washington grown hops.

Tacoma loves Rainier. We see it manifest among the community, from the popular adult beverage available just about everywhere, to our favorite minor league baseball team at Cheney Stadium and signature merchandise proudly worn by the public. In this way, it has become a Northwest namesake that transcends generations, representing age old beginnings and timeless trends, whether you partake in taste testing or simply identify with the label. 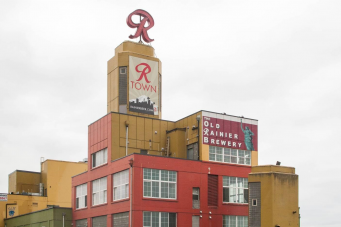 An honorable mention from the governor

Every year, since the big R returned to its rooftop in Seattle, Rainier has celebrated R day. Last month, Governor Jay Enslee received a letter from Kurt identifying the history and meaning of the Rainier beer brand. The governor in turn declared the holiday in an official State of Washington Proclamation signed on October 6, 2016. The document reads:

Whereas, Rainier Brewing Company was born in the city of Seattle in 1878, 11 years before Washington became a state, and by 1912, was the 6th largest brewery in the world; and

Whereas, Rainier Brewing Company returned the beloved Rainier Beer R atop the old Rainier Brewery next to the interstate 5 in 2013, and since that time, “R Day” has become an annual event held in October that commemorates its return and is a celebration of all things Rainier Beer; and

Whereas Rainier Brewing Company returned to brewing in Washington State in 2016 after a 13-year absence; and

Whereas, Rainier Brewing Company and Rainier Beer have made an historical and cultural impact on the City of Seattle, the state of Washington, and the entire Pacific Northwest region;

Now, Therefore, I Jay Enslee, Governor of the state of Washington, do hereby proclaim October 22, 2016 as Rainier Beer’s R Day in Washington, and I urge all people in our state to join me in this special observance.

Celebrate locally at 1111 in their designated Rainier Room where the display case is always full, and quirky, vintage Rainier commercials play on loop. Top of Tacoma will also host a celebration tonight (10/22/16) from 7 – 10 pm.

And be sure to brush up on your brewer’s history lesson with Kurt’s book. A triumphant timeline of events is also available on the official Rainier website.