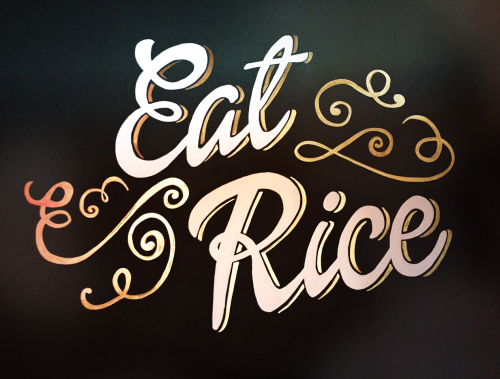 The story of the Goat Federation starts in a grocery store, which is quite fitting for a couple of food lovers. Back then, Kellen Burden and Krishan Kumar were introduced as coworkers, brought together in the name of grocery loss prevention. Just two guys taking punches for food, Kellen recalls as he relives the knock-down drag-out fight in a Safeway parking lot that took their relationship to another level. “That guy took a punch for me,” he says. “That tends to bond you faster than a lot of other jobs.”

The duo would find themselves in the middle of a fist fight and inevitably work up an appetite. Krishan was no stranger to the local restaurant scene and would become Kellen’s “Proverbial food guide and area expert”. The dining destinations they sought weren’t exactly the run of the mill chains in town. As a matter of fact, most might not even claim their fame on Yelp or some well-established website domain. Instead, Krishan had a taste for foreign flavor, thanks to his childhood on the Fiji Islands. His keen inclination toward small international eateries was a perfect match for Kellen who was willing to try just about anything that came served on a plate.

“I like to see if the weird foods are something that I happen to love,” Kellen admits. “I try not to turn my nose up at anything, even if I may not eat it again.” He takes a moment to reflect on his first and last encounter with chicken feet. “I was holding hands with a chicken, our fingers intertwined.”

Kellen grew up around food and attributes it as his culture and some of his earliest memories, from Southern comfort cooking of boiled squid and pigs’ feet to international recipes adapted by his family and later in life by his wife. The couple has always loved digging into different cultures, especially around mealtime, and have crossed oceans in search of new cuisine and cultural enlightenment, but on most days, they’re dining in the South Sound. Many of these tasty tales can be found on The Goat Federation blog, a series of stories inspired by edible adventures both near and far. Like the time Kellen flew Freighthouse Square macarons for a taste test beside a batch renowned in France. The combination of tasty tours and written word are a specialty of Kellen’s. Even as his writing career takes off with articles on Eater.com and attention from publications near and far, he remains humble and hungry for new experiences that he can channel freely though the Goat Federation.

“I can tell I’m having really good food when my internal monologue goes off,” Kellen says. “Krishan does the same thing. It’s fun to be around someone to write with who is just as out of control about food as I am.” 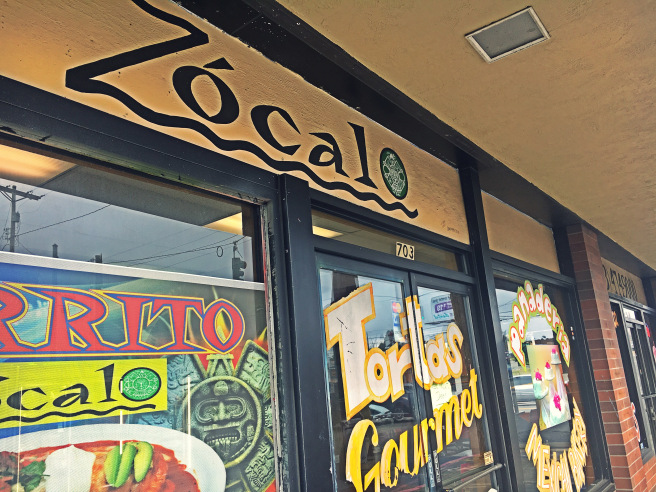 One particular luncheon inspired the title of their blog. Krishan and Kellen found themselves treated to a traditional Somalian goat dish served in a restaurant called Juba, located in a Bartell Drugs parking lot in Tukwila. Kellen recalls being fully immersed, as if walking through the doorway and into another country. This goat dish would brand their food blog, Goat Federation. The meaning behind the name exceeds the edible and transcends into a full-blown dining experience by exhibiting wit, history and culture and ultimately sharing a meal with a story.

“You get a lot of stuff like that in Tacoma,” Kellen nods. “Places that are more than just the food. Where if you go in there on your phone, you are completely missing out.”

He agrees to share a few of his favorites, but admits that some places just don’t please the average American taste buds and expectations, even with age-old family values and a mouthwatering menu. It’s what worries him about the future of such businesses in a gentrifying community, but it also fuels his passion for seeking out and supporting establishments like these.

Take for example, Hong Kong Market’s roasted pigs heads, or Tho Tuong Vietnamese BBQ where ducks hang in the window and the owner is rarely seen without a meat cleaver in hand. Kellen raves that the exotic barbeque was one of the best meals of the year, complete with entertainment in the form of an old Sesame Street episode on the mounted television.

Freighthouse Square always makes the cut. Kellen’s love affair with the Square began with his wife’s train commute to an old Seattle job before she transitioned to work for Metro Parks. “I would go to the train station to wait for her and that’s how I met Roger at La Waffletz.” These famous macarons rank number one on Yelp. Retold on The Goat Federation blog, Roger Martinho’s story includes being a para trooper for the French Army before he found himself as executive chef here in Tacoma. Roger uses zero artificial flavors and baking shortcuts, because he says it’s so important for him to make his customers happy. 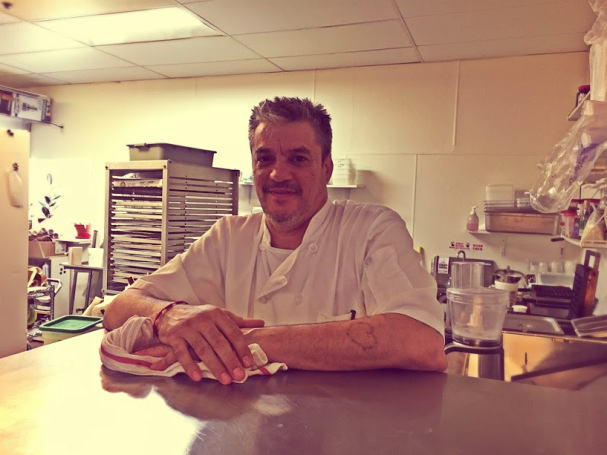 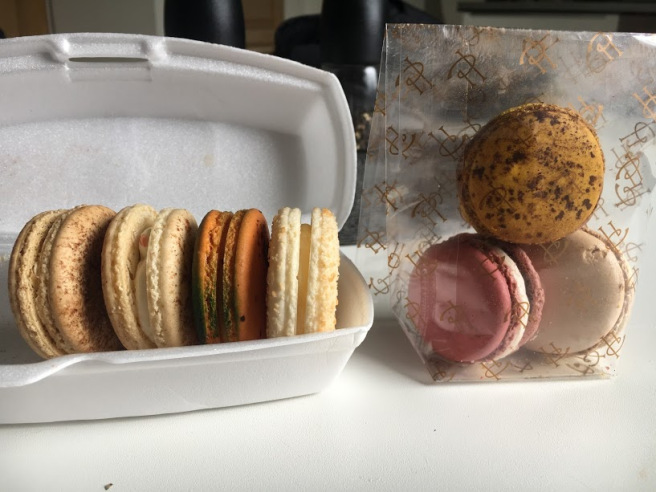 Cooks Tavern surprised Kellen. “I was hesitant,” he said of the Seattle expansion. “But they went in with a really good heart and took a building that was a tear down. The contractor saved the building and a beam on the bar says, this might work out, as it was signed at the beginning of the project by the contractor.” Kellen appreciates Cook’s seasonal menu highlighting cuisine from around the world, as well as décor from local artists that the business buys and proudly displays on its walls. He commends this neighborhood centric business mentality, as well as the Brewer’s Row tacos next door.

“The other thing I love about Tacoma is seeing so many people experimenting and trying to see what works,” Kellen says. “You can afford to do that here. In Seattle, if you try something and miss, you might not make your rent.” 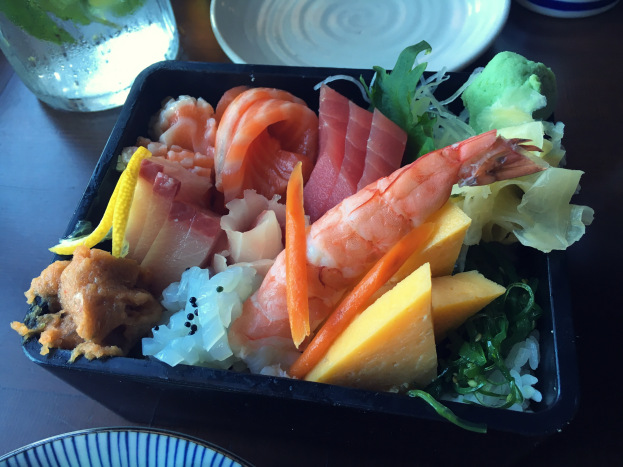 Of course, there have been more than a few restaurants encounters that fell short of a raving review, but Kellen prefers to write about the lighter side. With plenty of negative coverage on public rating sites and customer reviews, he’d rather pass that plate and spend his time writing about the food and establishments that he loves.

“Service doesn’t kill it for me,” Kellen admits. “That’s because often it’s an authentic restaurant where a guy and his wife are hustling, even arguing sometimes. This is the normal way in Vietnam. What hurts is if I can tell that they just don’t care, because there are so many who have fought for this business and earned it. These immigrant’s goals and trajectories and chiseled into the statue of liberty. It is the thing that they came here for, the thing that we should all be so proud of our country for.”

You can sit assured that reading through the Goat Federation articles will lead you to the right tables. Local, note-worthy cuisine is thoughtfully and eloquently documented here, spiced with a few jokes and occasional adult language. Thanks to the refined taste of these well-written, flavor chasers, their readers will connect the dots, like fork to mouth and pen to paper.

Check out some locally inspired blogs from the Goat Federation: