Symphony Tacoma is lucky enough to have Conductor and Musical Director, Sarah Ioannides, leading the musicians to great success for her sixth season. Sarah, an extremely talented conductor, is described by the New York Times as a conductor of “unquestionable strength and authority”. With over 40 live performances conducted globally, Ioannides was listed in 2016 as one of the top 20 female conductors worldwide by Lebrecht’s “Woman Conductors: The Power List.” Ioannides was also named by the Los Angeles Times as “one of six female conductors breaking the glass podium.” She was awarded the JoAnn Falletta award for the most promising female conductor. 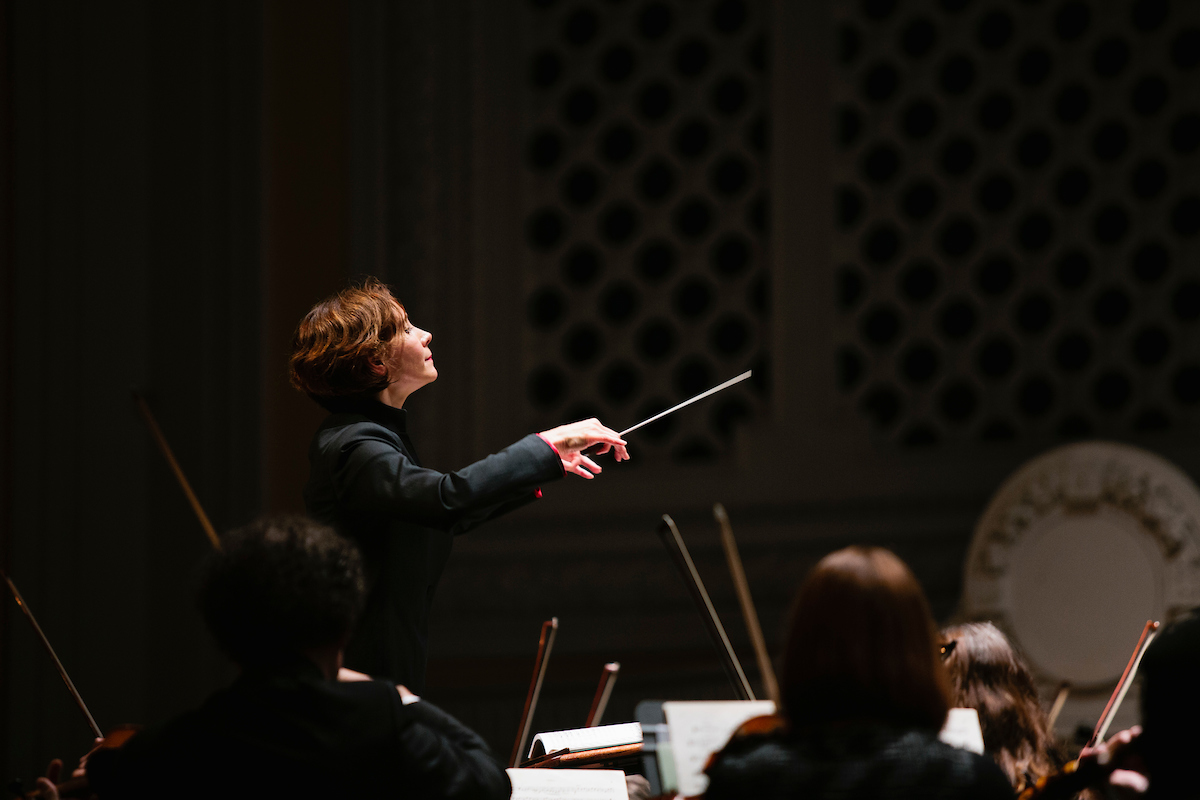 The Symphony not only programs these incredible performances, but they also give back to Tacoma’s aspiring youth musicians. With three engagement activities including Mini Maestros, Simply Symphonic and Symphony 2U, the symphony succeeds to build a community through music. Mini Maestros welcomes children ages 2-8 to be physically and mentally introduced to classical music. Simply Symphonic creates an educational opportunity for fourth and fifth graders to listen, engage, and learn with classical music while partnering with Carnegie Hall’s Weill Music Institute Link Up program. After several months of practice, they will have the opportunity to play their pieces in Pantages Theatre.

There are several events in the up-coming months. Come support the Symphony Tacoma and see for yourself the innovative, engaging, and vibrant orchestra that has been creating successful performances for over 70 years! Check out more concerts and purchase your tickets here.